Hip Hop is musically based on various technological supports, first of all the turntable: it has in fact been used several times as a symbol of this musical genre and still today the Hip Hop movement recognizes vinyl as the best support for listening to music. The origins of DJing take us back to 1973, when Kool Herc began experimenting a new revolutionary technique in block parties, the ” breakbeat”, which soon became the cornerstone of this music.

Kool Herc noticed that within these parties people showed particular interest in the parts of the records that were more rhythmic and rich in percussion, and therefore more suitable for dancing: so he decided to select the most interesting records in this respect (among the first records used by Kool Herc we find “Give It Up Or Turn it A Loose”, indicating how fundamental the sounds and energy of Funk were for the birth of Hip Hop) and got a rudimentary sound system consisting of two turntables. A double amplifier with two guitar channels (used as a mixer) and some speakers. The technique he devised consisted in putting on the cymbals two copies of the same disc from which he had selected a drum “break” of a certain duration and as soon as one disc reached the end of the break, Herc started the other from the beginning tour chosen by him. While this was playing, he returned to listen to the first disc in his headphones and brought it back to the beginning of the selected point, making it restart at the right time (it was also used to mark with wax crayons the point of the disc where the first bar of the chosen lap began).

Since then, more and more young people have tried to get a pair of turntables on which to play the records they already had at home and from this technique a new conception of music was born, which starting from something pre-existing aimed at creatively reusing instrumental parts already recorded. : for the first time the DJ modified the music instead of simply reproducing it, taking on a new role, in which a good musical knowledge and listening to many records were required to be able to find more and more breaks to isolate suitable for dancing. This led to the birth of many new DJs who sought new techniques to interact with the records: the purpose, further fueled by the competition spread among the members of this movement.

Who develop the “scratch” technique?

These DJs, who for the first time felt the strong need to create new music and play it, conceptually approached the image of a musician who, with the instrument in hand, tries to create something original and personal, completely deviating from the DJs we are used to seeing in today’s nightclubs. This strong impulse to create something new led Grandmaster Flash and his apprentice Grand Wizard Theodore to develop the “scratch” technique which over the years led to the birth of Turntablism , the art of creating music and manipulating sounds through turntables and mixer.

The story goes that one day Grand Wizard Theodore, to silence the music on the turntable while his mother was calling him, he put his hand on the record thus sliding it under the exposed needle, generating a new sound that varied according to the speed and position of the hand and according to the type of sound on which the technique was applied (the scratch on the sound of a snare drum is in fact very different from that applied to a voice).

This allowed the DJs of the Bronx to have many more elements at their disposal to be able to create something new starting from the historical vinyls of black music. However, there was a problem, consisting of the fact that the turntables used at the time were “belt driven”, which means that the turntable motor communicates with the platter through a belt: this meant that every time the record was stopped or simply touched, then it did not restart immediately but needed a couple of seconds to resume the speed of 33 rpm, and this constituted an executive limit for the DJs, who had to calculate the force to be restarted immediately at the right speed. impress on the disc with your hand. This offered one of the major pretexts that led to the birth of a new generation of turntables, those with “direct drive”. 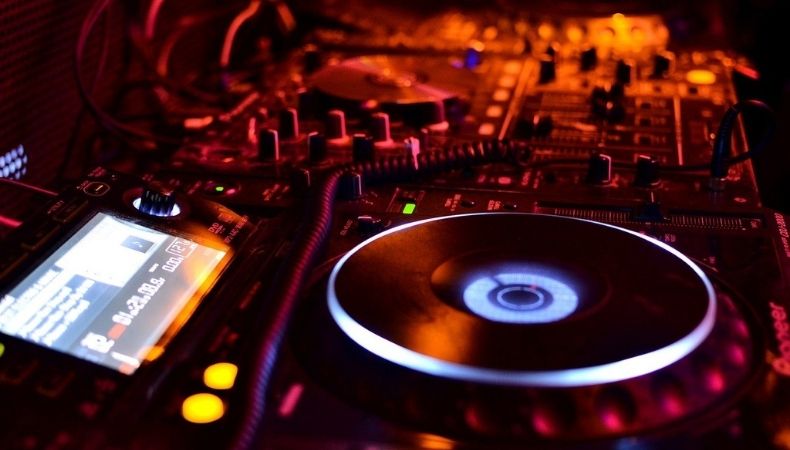 Thanks to the improvement of turntables it was possible to solve the problem of the DJs, as thanks to the direct drive the platter of these turntables has a greater angular momentum, and therefore it continues to spin even if the record above is stopped: so as soon as the DJ removed his hand from the disc it immediately began to spin at exactly 33 rpm.

From the advent of the break beat onwards, Hip Hop music acquired a repetitive trend, and this is why the DJs of the 80s decided to try to use the first samplers available at the time to create these instrumental loops: this completely revolutionized this music and finally gave the possibility to DJs (who in the meantime began to be called “producers”, as their main role had become to create musical bases on which the “rappers” could rhyme) to express themselves creatively in the widest way possible within this genus. Samplers are electronic musical instruments capable of acquiring audio samples and equipped with manual controls and visual units to modify the sounds of the recorded sample.